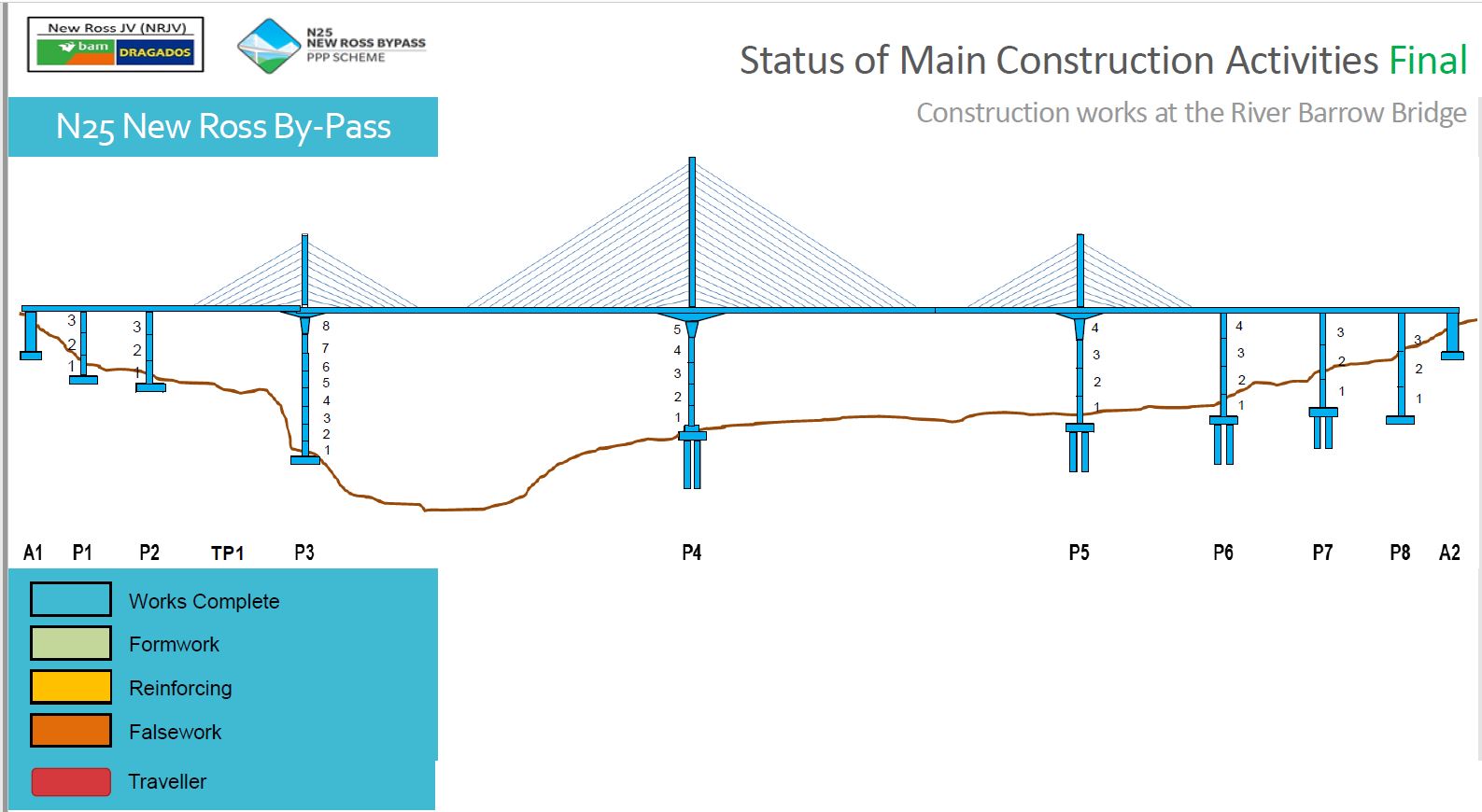 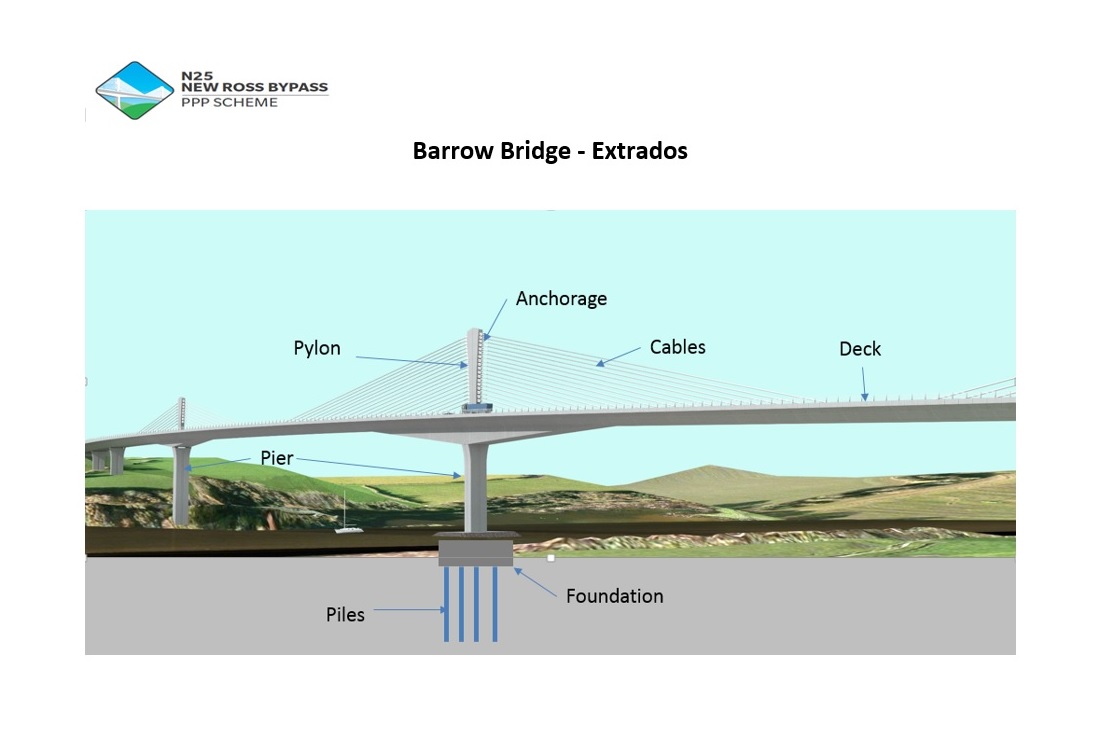 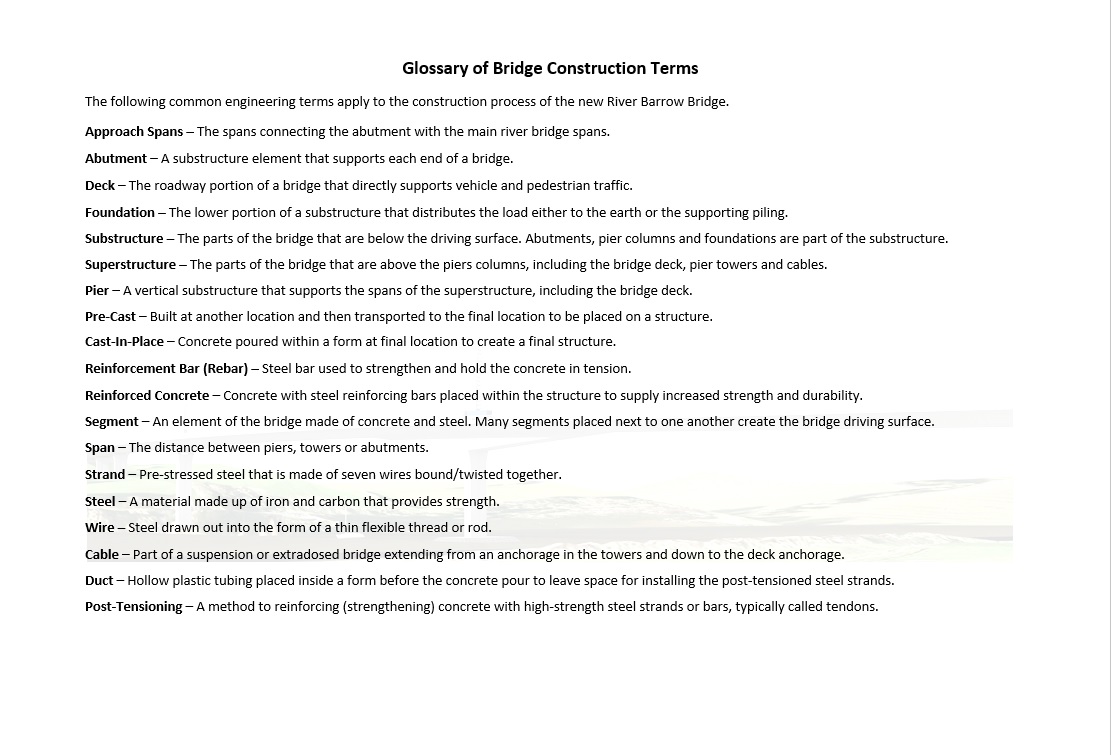 How BIM (Business Information Modelling) is being used on the Barrow Bridge design.

As previously discussed, there was a localised non-conformance at one of the 24 concrete downstands on the Rose Fitzgerald Kennedy Bridge that required corrective actions. The issue was identified as part of the works monitoring regime and corrective actions have already been successfully undertaken. The cause of the issue, identified as part of the Quality Management System being implemented on site, was that a section of the concrete downstand in question partly fragmented under compression loading due to a localised concrete non-conformance. This relatively small section of concrete has been removed in its entirety by high pressure water jetting and the downstand has been fully reconstructed. In order to minimise the interruption to the overall construction programme, a new interim support system was installed. This system will be replaced by a permanent system before the bridge opens, this process is a standard solution to an issue of this type and it will require further actions before project completion.

Some public comments on social media and elsewhere seem to be endeavouring to undermine the quality of work that has been carried out on this complex project. As a consequence, the integrity of the men and women who have dedicated their time and expertise to delivering one of the most unique bridge structures in Ireland and Europe is being undermined unfairly. This project is complex and has challenges, but the men and women working on this project take their responsibilities seriously and will be proud to be associated with this bridge when it opens.

As previously noted, non-conformances of this nature are not untypical on a concrete structure of this scale and complexity, and all aspects of the works are subject to a thorough inspection, testing and certification regime to ensure that any such non-conformances are identified and corrected so there is no impact on the quality of the end product or delivery, as was the case in this instance.

As Ireland’s longest bridge, the construction of the Rose Fitzgerald Kennedy has captured the public’s imagination and this is reflected in the significant interest and comment generated on social media. At different stages speculation and comment has arisen about different aspects of the construction; support piers sinking, decks not meeting in the middle, piers being demolished, incorrect concrete mixes being used etc. Such speculation has proven to be inaccurate and unsubstantiated. Open public debate is to be welcomed on major public infrastructure projects, particularly for such an iconic and record breaking structure. However, in order to assuage genuine concerns that may arise from such debate, it is important that accurate information is provided to the public. The project website www.n25newross.ie provides a considerable amount of information and updates on the project and also includes an article on the corrective measures undertaken to the concrete downstand. Project updates have also been disseminated by quarterly newsletters and public talks.

The project represents a very significant investment in the south east region, of the order of €230 million, and will generate significant benefits to the region particularly in terms of shorter and safer journeys for road users and improved accessibility for New Ross and the wider region. The project stakeholders are working together to ensure that the project is completed safely and opened at the earliest opportunity to realise the benefits that the project will bring to New Ross and the country.

BAM Dragados JV understands the importance of working with the local community and local businesses. BAM Dragados JV are committed to creating jobs locally throughout the construction process. BAM Dragados JV will source materials locally wherever possible and use local contractors who have the required expertise and experience for the different phases of construction. The projected overall workforce will be in excess of 300 people at its peak.

There is also the indirect increased economic benefit from the project through the employees using local small businesses such as shops, cafes, restaurants, petrol stations and hotels.

During the course of the works we will actively engage with local stakeholders and work with local suppliers. We will advise suppliers on requirements for inclusion on our supply chain.

BAM Dragados JV are committed to employing as many people from the region as possible.

The New Ross N25 Bypass scheme will continue supporting the local economy well beyond the completion of the construction works. The companies assigned to the project will carry out its maintenance for 25 years after its construction, ensuring that the road is safe and contributing with support of the local business and workforce to the wealth of the local community

In December 2017, New Ross Joint Venture, along with Wexford Fire Brigade, lead by Colm McGrath and the Ambulance Service, lead by Brendan Groves, instigated a Fall from Height Emergency Drill and a Crush by Moving Plant Emergency Drill. There was a great turnout down at Barrow Bridge East and a successful outcome to see our ‘dummy’ live to fight another day. 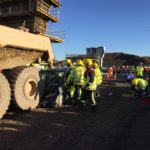 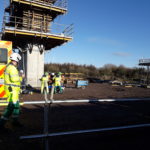 The Partnerships Awards is the largest event recognising and rewarding the best in PPP.

Open to projects and companies around the globe, the annual event welcomes over 700 people to celebrate the industry’s achievements over the past year.

We are very pleased to announce that the N25 New Ross Bypass in Ireland has been named by IJ Global as Winner of the European Project Bond Award.

The award was presented at the IJ Global Awards gala dinner on 29th March 2017 in London. 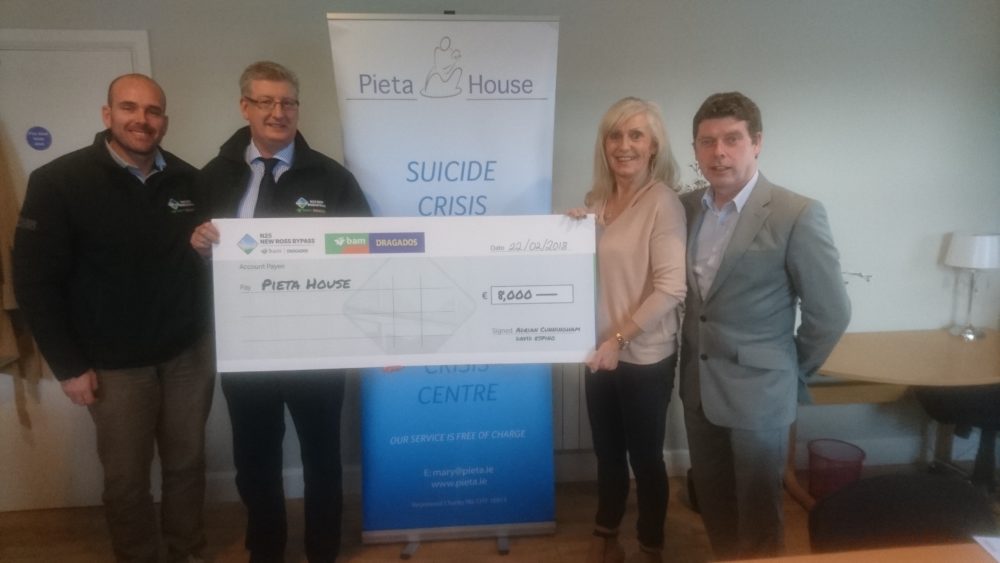 Funds raised for Pieta House by N25 New Ross Joint Venture. Many thanks to all on site who participated and it was well appreciated by Pieta House in the South East.

Had some Visitors to the site – Kilkenny and Wexford Hurlers, TJ and Lee.